PrevPreviousCleanroom Basics: What Is Ultrapure Water?
Next5 Ways To Mitigate Risk In A CleanroomNext 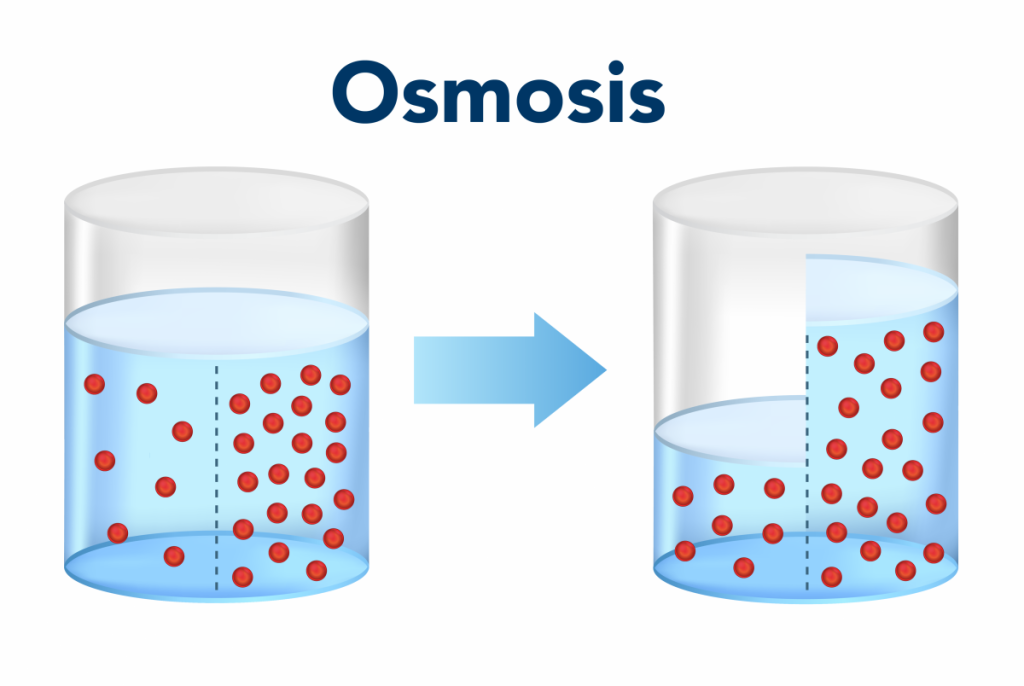 If you are relatively new to the cleanroom world, you’ve probably heard the word “reverse osmosis” thrown around a few times. You might have also heard it used in marketing and advertising of different purified water brands. What does it bring to mind?

For many of us, a phrase we learned long ago in high school science class comes to mind: osmosis is the diffusion of water through a semipermeable membrane.

Now what exactly does this? How does it work? What does it mean when it’s reversed? And what in the world does it have to do with cleanrooms?

In summary, osmosis is a microscopic and very fine filtration technique that is used to purify water. The semipermeable membrane is used to catch particles – including microscopic particles, which is why it is applicable in cleanrooms.

What Is Reverse Osmosis?

All that to say… What is reverse osmosis and why does it matter in cleanrooms?

Well, osmosis moves cleaner water into dirtier water, essentially, and results with two equally contaminated portions of water. In a cleanroom (or in your drinking water), that is less than desirable.

In reverse osmosis, you must apply pressure to the more contaminated portion of the liquid to overcome the osmotic pressure and force the water through the semipermeable membrane in a way that is unnatural.

Thus, the dirty water is forced through the membrane into the cleaner water.

Now, you might be thinking, “How is this any different from filtration?” The simple answer is that it is very similar in theory, but done best in combination with other filters. It is also such a fine filtration technique that it removes around 99.9% of contaminants.

Before getting to osmosis, though, the water should be put through a larger grain filter to remove any large debris.

How Is Reverse Osmosis Used In Cleanrooms?

Because reverse osmosis is so effective at removing particles, it should come as no surprise that it is useful in cleanrooms. Reverse osmosis is used as one of the steps to create ultrapure water, which is commonly used in the pharmaceutical and technology industries. It is one of the first steps that feed water goes through to remove contaminants in the production of ultrapure water. After reverse osmosis, the water is treated with ultraviolet light and deionized. From there, the water is heated and run under ultraviolet light again.

In the pharmaceutical industry, reverse osmosis is considered an acceptable form of filtration to create water for injectables (WFI) by the United States Pharmacopeia. Additionally, it is used in the production of bulk purified water and bulk highly purified water.

Additionally, any water that is used in cleanrooms for anything – cleaning, production, or anything else – needs to be highly purified. It will need to go through this process.

How Can You Be Confident In Reverse Osmosis?

You do have the option of blindly trusting that reverse osmosis removes the overwhelming majority of contaminants. Or you could use a liquid particle counter to ensure that it is doing its job!

During the production of ultrapure water, it is important to check the water’s cleanliness level throughout the process – especially after reverse osmosis. Because reverse osmosis is the primary filtration technique to remove microscopic contaminants from the water, if it fails to meet standards, you need to know immediately.

This is done with a liquid particle counter. The particle counter takes a sample volume of water, passes it through a laser diode or light source (depending on the necessary cleanliness of the water), and determines the size and number of volume depending how the laser or light is affected. This is called light scattering (or light blocking, if a general light source is used). It is the same process used by airborne particle counters.